My last project for January was to assemble a batch of buildings to use with Galactic heroes.   The buildings are from two different suppliers.  The blue buildings are available on WargamesVault and are the blue Babylon set.   The set is also available in red, yellow, and green.  I used them for the spaceport offices because they could be printed with signs like security, administration, and habitat.  The set also included a transmitter tower.

The other buildings are from the Mars Station set made by WorldWorks Games  They make western, medieval, and other sets in addition to scifi.  The building components can be assembled in different sizes ranging from 2 inch by two inch up to 7 inch by 7 inch or even larger if desired.   They can also be single or multi story.   I am going to be adding some additional buildings from this set.   The set also includes barriers, some interior items and various other props, along with cargo robots and a crawler.   It also includes a spaceship landing pad. 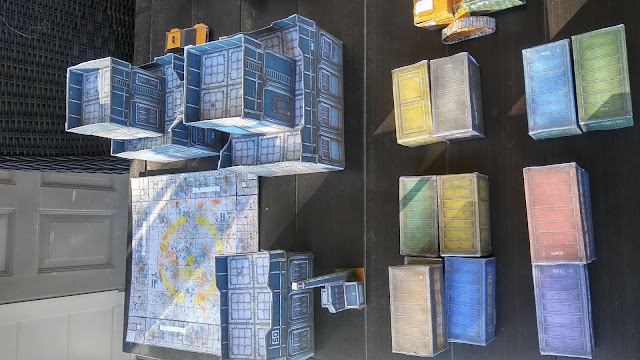 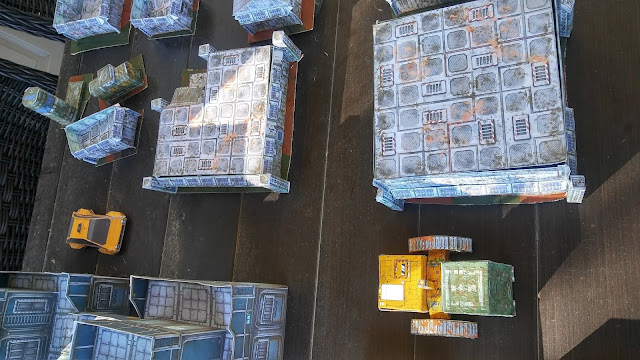 Taxi at lower left.   Crawler at lower right.   Large two story building on right is the lab.   One in the center is the tavern.   Fueling station to left of tavern. 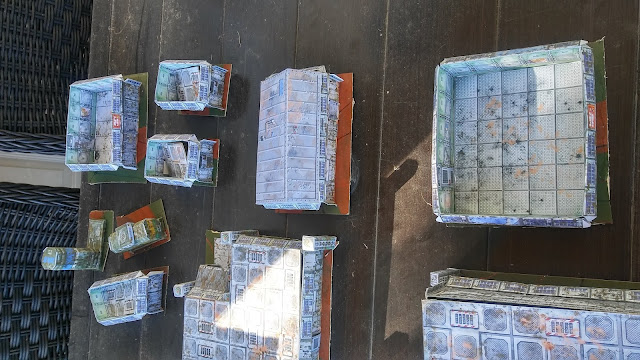 Other shops and residences 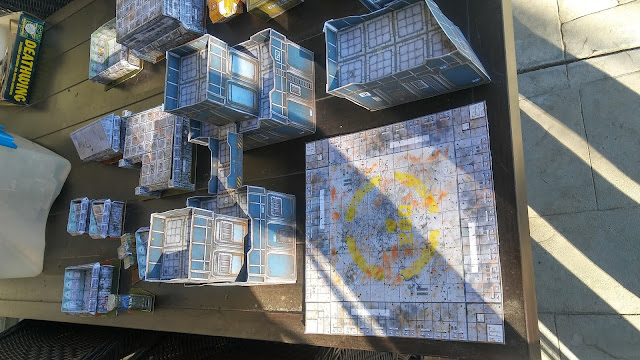 Another view of the spaceport facilities.

The buildings from both sets are in PDF form and as many buildings as desired can be printed.
Posted by William Butler at 3:46 PM